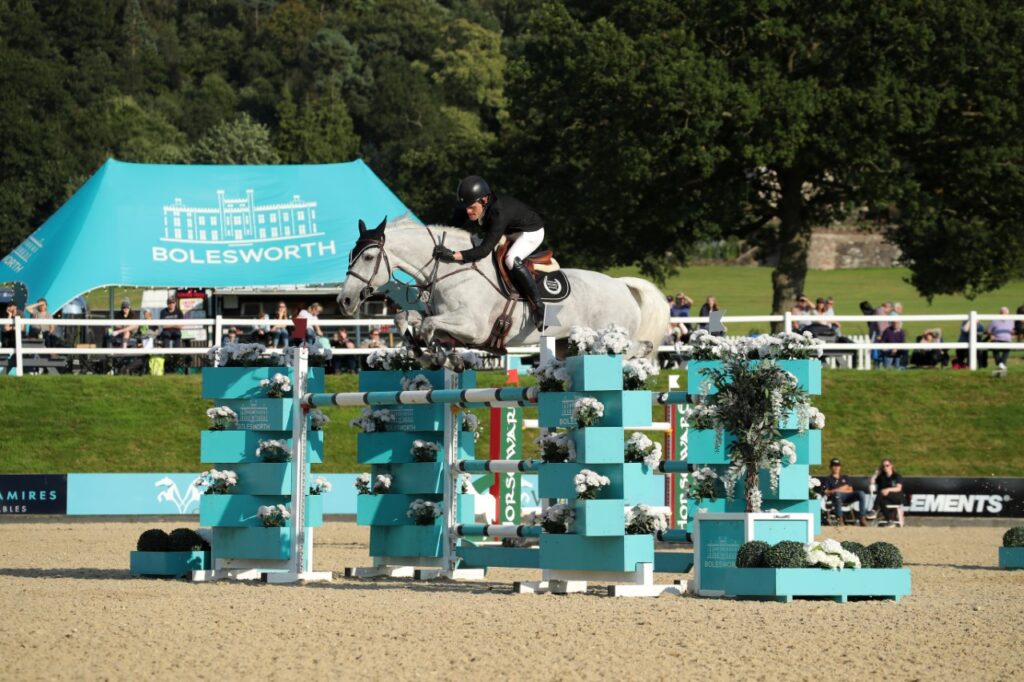 The climax of the Al Shira’aa Bolesworth Young Horse Championships delivered spectators the opportunity to view the stars of today and tomorrow, in all their glory.

Ninety-nine combinations from the week’s qualifying classes were brought forward for the first round, giving them the chance to secure a ticket to the FEI World Breeding Championships for Young Horses in Lanaken (BEL), plus a share of the bonus money.

This F One Usa x Nassau mare, owned by Ruth Dowie of Runningwell Sport Horses, has won the Bolesworth Young Horse Championship as a 4, 5, and now 6-year-old, as well as the British Showjumping Big Star Championship. F One Usa mare Kaleche can also add ‘Working Mum’ to her list of accolades as she boasts promising youngstock by Invictus on the ground via recipient mares.

The highly anticipated Al Shira’aa 7-year-old Championship brought a tremendous promise for future talent. After fifty-four came forward from the qualifying rounds, the highly competitive class produced fourteen clears to go through to the second round against the clock. The fourteen riders, including William Whitaker, asked all the questions of a championship final.

Previously ridden by Michael Duffy up to 1.40m, the Thunder Van De Zuuthoeve x Skippy Ii mare achieved a successful double clear at Royal Windsor and was placed at the Bolesworth CSIYH1* earlier this year.

Last to take to the International Arena, the formidable Al Shira’aa CSI2* 1.45m World Ranking Grand Prix, was always going to be fast and furious with competitors giving just a taste of their capabilities in the qualifying rounds. An influential track with fences coming thick and fast, the testing course was a true Grand Prix finale course. Following the first round, thirteen were taken forward to the second round against the clock, ten of which were carrying their faults joining the 3 with clear rounds.

Voltaire Design Liverpool International Horse Show is taking place at the M&S Bank Arena in the heart of the city. It will feature world-class showjumping, the Shetland Grand National as well as Puissance and the ‘International Cossacks’ stunt show. Find the best seats in the house, general admission tickets, and hospitality tickets at www.liverpoolhorseshow.com.

Bolesworth Estate does not only host world-class equestrian events but also a number of other events, such as the Christmas Light Trail, which will take place from 26th November – 24th December 2021.