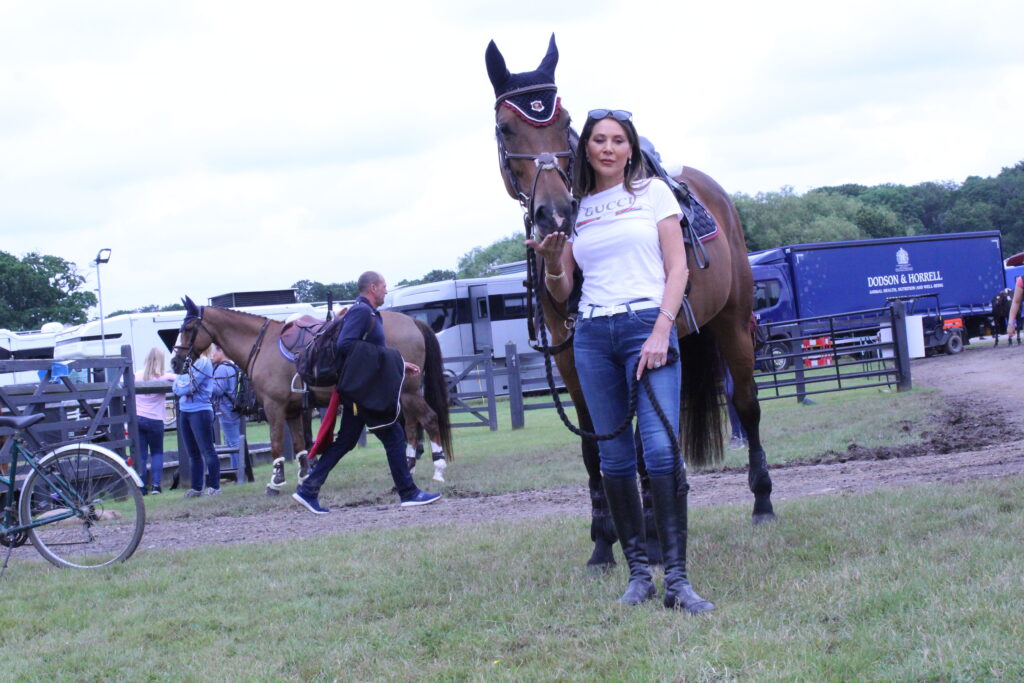 Foudre F and David Simpson were unbeatable, taking home the title honors by producing the only double clear in the highly competitive Dodson & Horrell CSI3* Grand Prix and taking home the lion’s share of the £50,000 prize fund.

The highly anticipated Dodson & Horrell CSI3* 1.50m Grand Prix took center stage as the penultimate class of the 2021 show. Holly Smith and Angelie Von Essen, winners of the Dodson & Horrell Grand Prix qualifiers on Thursday and Friday of the show, set the standard early in the week, predicting a fierce Grand Prix battle at Bolesworth.

Olympic Team Member Holly Smith with Fruselli set the early standard with a faultless clear round, followed by Ireland’s David Simpson and Foudre F. At the end of the first phase, Holly & David were the only unbroken combinations that continued into the next round.

Second place William Whitaker and Galtur, owned by Philip and Jane Tuckwell spent lockdown really getting to know each other, which has certainly paid dividends today.

William commented: “Following a brilliant first round, it was a difficult one to judge but worth taking a few risks that paid off today. It was a tough course, and the time was tight, but the standards are really high so it’s what you’d expect. I knew we weren’t the fastest combination in the world, but I knew where I had to take my time and where I could save a few seconds, I couldn’t fault the horse, I’m really pleased.

Echoed throughout the five days was the quality of the arenas and the courses, which set the stage for highly competitive classes. This year the responsibility for the course design and build was taken by Louis Konickx from the Netherlands who commented, “When you are a course designer in a new arena, new venue, you have to find the nice lines – the lines that can help you to make nice challenges and distances and so on.” Louis now leaves Bolesworth and heads to Tokyo for the Olympic Games as a Technical Delegate.

As the gates close and the sun sets on another successful Dodson & Horrell Bolesworth International Horse Show, the summer of equestrian sport continues at Bolesworth, looking ahead to the Al Shira’aa Bolesworth Young Horse Championships, 18th – 22nd August.

Sign up for ticket alerts now at www.bolesworthyounghorse.com. Returning to the heart of the city once again this year, the Liverpool International Horse Show at the M&S Bank Area, the ultimate new year equestrian celebration is back on 31st December 2021 – 3rd January 2022.

Visit www.liverpoolhorseshow.com for further details and to sign up for ticket alerts. Aside from the world-class equestrian calendar, Bolesworth Estate also hosts a number of other events, including new for 2021, the Christmas Light Trail taking place 26th November – 24th December 2021.

Full details can be found at www.bolesworth.com.