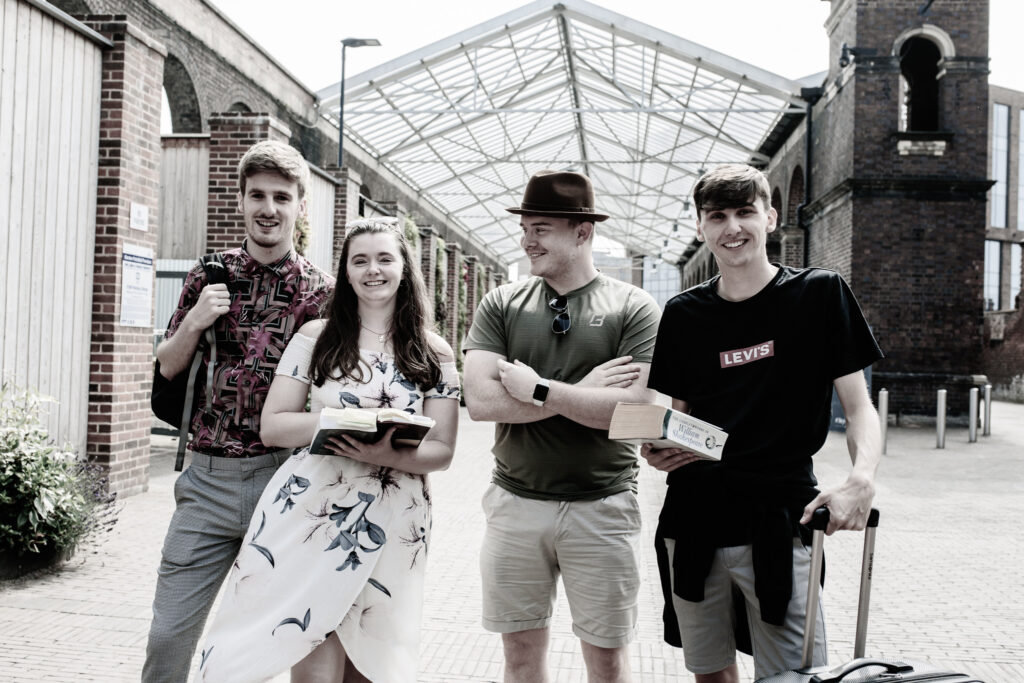 Michael Murray, a student at the North West End Acting School, has secured a coveted place at the Royal Central School of Speech and Drama in London. The former student at Ellesmere Port Catholic High School is no stranger to theatre and has already appeared in a critically-acclaimed play at Storyhouse in Chester titled Blue Stockings, which was staged right before the first UK lockdown to prevent the spread of Coronavirus.

Fellow NWEAS student Joseph Stanley, who is currently appearing in the semi-dramatised Sky documentary Liverpool Narcos, will be heading to Bristol Old Vic Theatre School and Charles Harris, of St Helens, will study acting at ArtsEd in London.

Olivia Millington, of Flintshire, is taking musical theatre at the Emil Dale Academy in Hertfordshire while Lydia Jones will start at ALRA (The Academy of Live and Recorded Arts) in Manchester in September.

As part of NWEAS’s summer workshop series this month, acclaimed musician, composer and songwriter Jez Wing, along with acrobalance and physical theatre specialist Becky Illsley and director Lucy Thatcher, will lead a week-long event for students. A Midsummer Night’s Mash-Up, from August 23-27 at Garden Lane Methodist Church, is aimed at teens and young adults.

Those who wish to embark on a stage and film career can now enrol at Cheshire’s most innovative acting school to begin taking classes. For more information, to book a place or find out more about NWEAS acting courses visit www.northwestendactingschool.co.uk.