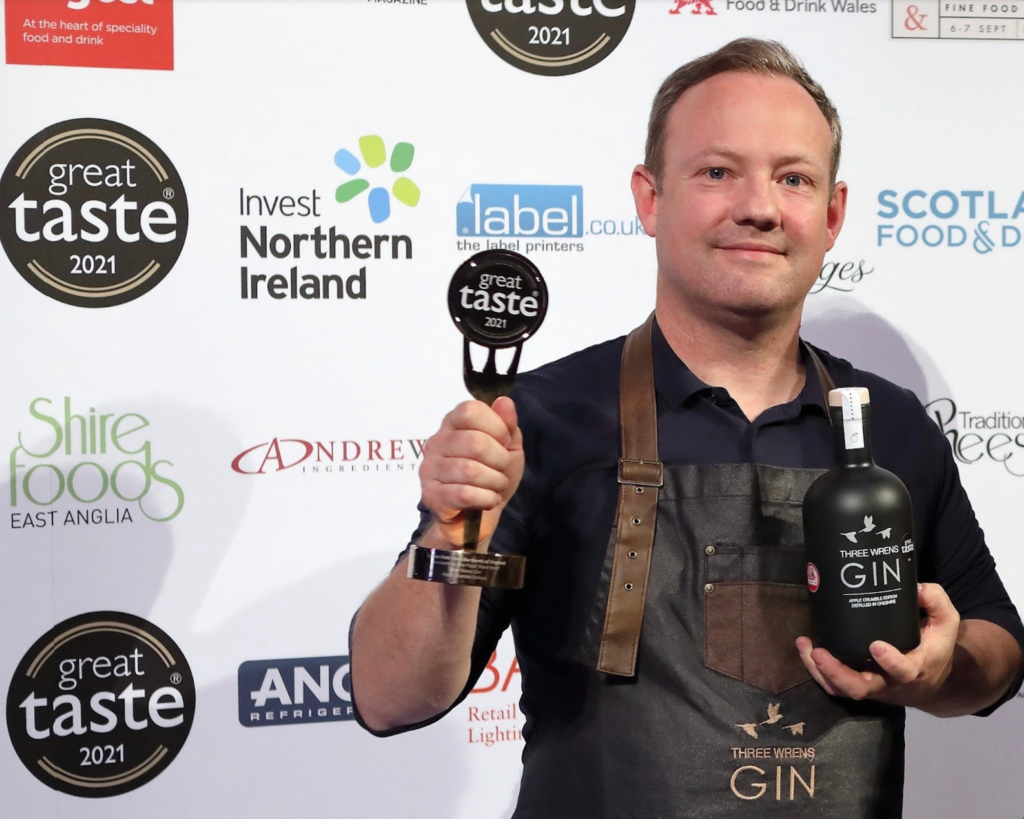 Local Cheshire-based business, Three Wrens, sits amongst the best distilleries in the world as it announced taking home two prestigious and globally famous awards for its Apple Crumble and Bison Grass gins.

With a variety of notable retailers throughout Cheshire, Three Wrens Apple Crumble Gin, which is distilled in Cholmondeley, recently won a Gold Fork award at this year’s Guild of Fine Food Great Taste Awards.

The golden forks are given to, quote, the “best of the best” of the winners at the awards, and only 16 were given to companies, from over 14,000 entrants across 180 countries.

Great Taste is organised by the Guild of Fine Food and is the world’s largest, longest-standing and most respected food accreditation scheme for artisan and speciality food producers.  Judges commented that the Apple Crumble gin was “Truly astonishing. A fascinating, unique flavour.”

The Great British Food Awards, sponsored by Booths, recognize the taste and provenance of independently made British food. From hundreds of entries from UK distilleries, Bison Grass Gin took first place in the flavoured gin category. The judges called it ‘a remarkable gin’ and it scored 10/10 for taste and 5/5 for provenance.

Three Wrens Gin operates an open-door policy at the distillery, allowing customers to drop in during the week, watch the award-winning gin production and sample the ranges for free. The company also offers a gin distilling experience where visitors are able to create their own unique gin under their expert guidance.