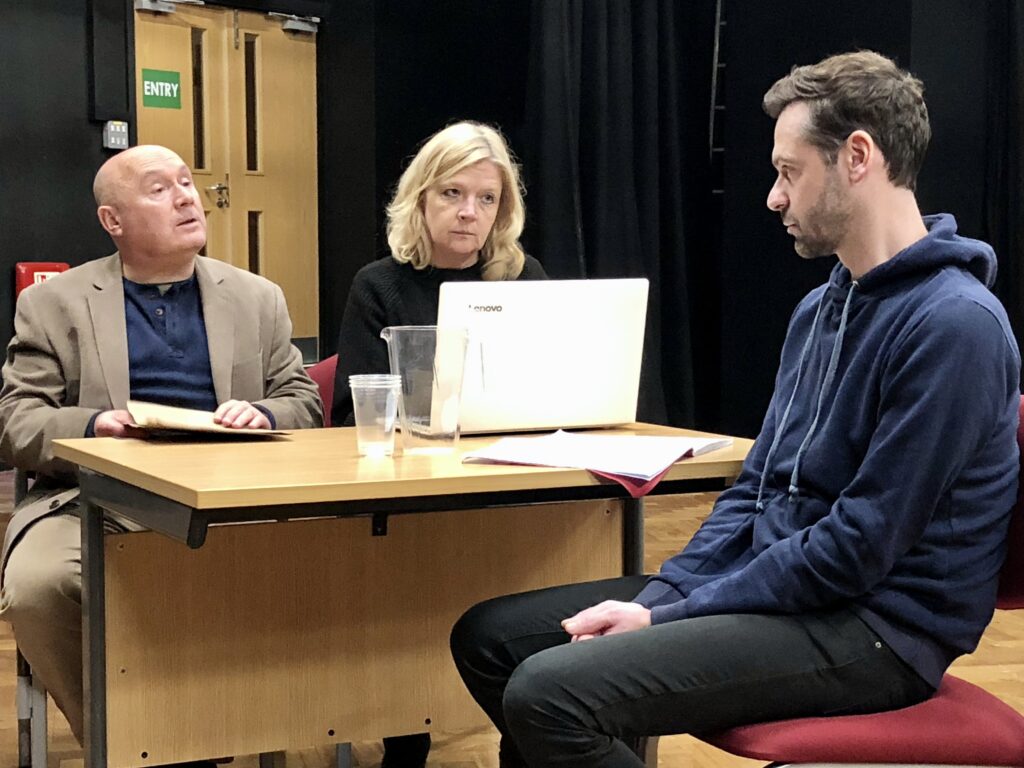 Theatre Company Against The Grain will present “Mr Dumpling”, by playwright and company founder Mark Newman, at The Live Rooms in Chester for the first time.

The play, which is produced by the acclaimed Forum Studio Theatre production of “Glorious” and by Chester Little Theatre, where “Small Tales” is a sellout is described as twisted and dark and is scheduled to take place at The Live Rooms Chester from Monday 29th November – Wednesday 1st December at 7.30 pm.

Mr Dumpling, the first play by founder Mark Newman, who previously wrote “Useless Beauty” and “The Prescribed Distance,” will be staged at The Live Rooms in Chester, a venue that is more commonly associated with live music than plays.

Mark has been involved in theatre in Chester for over 20 years with companies including Tip Top Productions and Chester Little Theatre. His theatre credits include Bouncers, Flint St Nativity, Dad’s Army, Allo Allo, Who’s Afraid of Virginia Woolf, Glorious!, The Killing of Sister George (Forum Studio Theatre), Breaking The Code, The Homecoming and The Ladykillers (Chester Little Theatre).

Full details of “Mr Dumpling” can be found at www.theliverooms.com where tickets can be booked online.